Emily Dean recently competed in the 10m Air Rifle Women event at the 2013 ISSF Rifle and Pistol World Cup Stage 3 in Munich, Germany. The event took place at the 1972 Olympic Shooting Range from the 24th to the 29th of May, and saw the participation of over 700 athletes and 400 officials from around the world, for a total number of over 1200 participants in the ten Olympic events of Rifle and Pistol Shooting. Emily did extremely well for her first ever World Cup match, placing 123rd with a score of 392 against the top shooters in the world, such as the reigning Olympic gold medalist Yi Siling from China and the current European Champion Lisa Ungerank from Austria. It takes a lot of talent and hard work to get to the World Cup level and we are proud of Emily's accomplishment. 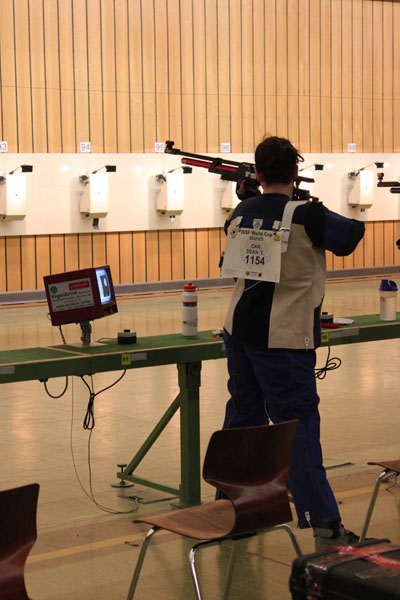